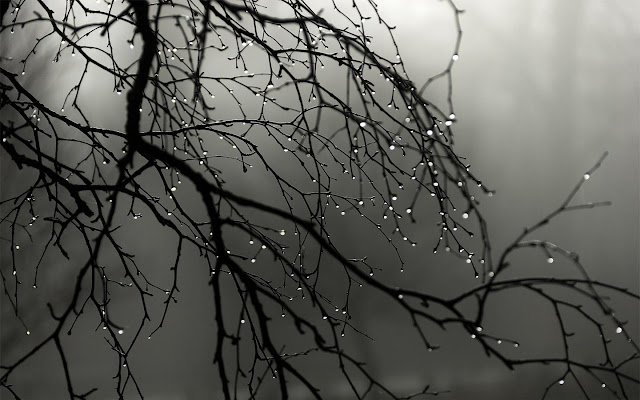 Earlier this week, Kate Spade took her own life. Ever since, the internet has been awash with speculations about her apparent mental illness and how she'd been faring recently. In addition, 99% of people who have been posting about it have also been tossing out the Suicide Prevention Hotline number like candy at a parade.

"Please know that your feelings are temporary and you can and will get over this. Call this # as a place to start 1-800-273-8255, it’s the national suicide prevention hotline."

And here's the thing nobody wants to hear: it doesn't work.

Prevention Hotlines don't work, there's evidence for this. And 99% of people who advise this tactic have never had to call or text a crisis line and have no idea what actually happens when you do. I imagine they assume some sympathetic counselor type person is on the other end, truly caring and doing everything in their power to help you. But that's not what happens - not at all.

And I would know, I've called AND texted.

The first time I was still in high school. I didn't know I had depression (I'd never seen a therapist) but I was pretty sure something was wrong with me. I knew I wasn't supposed to feel this awful all the time, but I didn't know how to make it stop. And it occurred to me that I thought about ways to die more often than should be healthy. I had horrible social anxiety and the worst phone phobia ever (still do!) but I dialed that number and waited with shaking hands until the other person on the line spoke.

"You've reached the Suicide Prevention Hotline. Is everything okay?"

I didn't know what to expect. I don't even remember what I said. I do remember every single line spoken by the person on the other end though.

"It sounds like you're going through a hard time." "How can I help?" "Do you need me to call someone?" "Are you in danger of hurting yourself?" "Are you suicidal?"

It sounded like a robot on the other end. And it might as well have been - I came to learn in later years that these "trained professionals" have a script and they absolutely MUST adhere to it, lest they find themselves and their hotline resource facing some kind of litigation.

How can you help someone when you're not even allowed to be human with them for a moment? 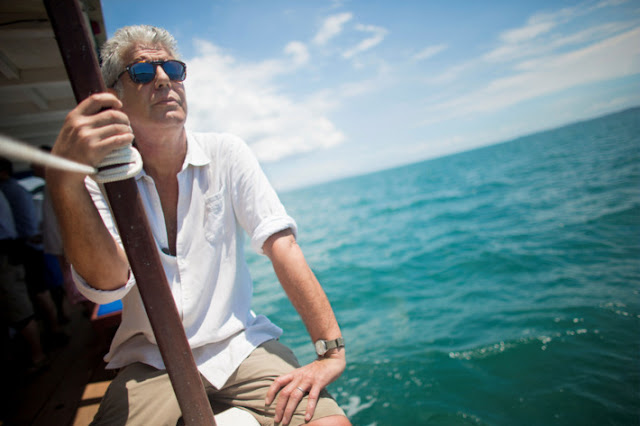 Anthony Bourdain just died, and it was ruled a suicide. I keep seeing posts about him popping up with both the Hotline and the text Crisis Line numbers attached. Why? If someone is that far gone, they're not gonna call a robot in the hopes of being convinced not to die. They're going to reach out to someone they trust, someone who's opinion of them actually matters.

But no one seems to know how to have those hard conversations with their loved ones when they do reach out. Think about it - if your best friend, spouse, or sibling called you up in the next five minutes to tell you they've been thinking about killing themselves and don't want to live anymore - would you know what to say? Would you know how to react?

Of course not. No one teaches us that. I can't help but feel if mental illness and suicide weren't still so damn stigmatized that we'd actually be able to have these conversations or, at the very least, learn how to have them.

Because it's human connection that can save lives. Real, gritty, uncomfortable human connection. And that scares most of us. So what do we do? We toss out a phone number and pat ourselves on the back for a job well done. We give out meaningless platitudes about "things will get better" and "someone cares, please reach out" - but if you don't really care, what makes you think someone else will? Why is it someone else's job? It's all just a bunch of virtue signaling - because people only seem to care about suicide when a celebrity dies.


Alright, I hear you. You're saying that you really do care about suicide prevention and helping those who are struggling with mental illness or suicidal thoughts. Okay. But what else can you do besides retweet or re-post a hashtagged message with a hotline attached?

Step One: Read this article. It's old, but it's got some good information. Options 8 and 9 are crucial - please take them to heart.

Step Two: Read about this pastor who lost a close friend, despite doing everything he could, and stop spouting nonsense like "suicide is preventable".

Step Three: Actually offering to help a person who may be suicidal. This article isn't perfect and simplifies a lot of complex stuff, but the steps included about how to talk openly with someone are gold. Utilize this!

Also, Teen Vogue just put up this fantastic article. Give it a read. 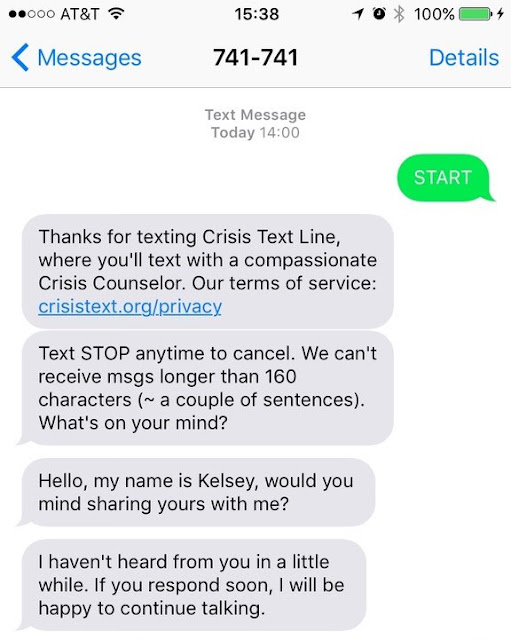 The second time I texted the Crisis Line - I was locked in the bathroom after a seriously heated argument with a loved one and I was definitely in a crisis. The shower floor was covered in blood and I didn't know how to stop. But I needed both hands to text and that was a good enough reason to set the blade down.

I think I waited for five minutes before a live person finally texted me after the automated introduction. Five minutes could have been more than enough time to slice just deep enough.... And when someone did finally come through, I felt that they were not reacting to the urgency of my situation - how am I supposed to just calm down and listen to some music I like when the person causing my distress is literally right outside the door and they are definitely not calm?

They never offered to call anyone to help me. They seemed wholly unconcerned with the immediacy of my situation. I never texted them again.

So how did I manage to get myself out of that situation, clean up the blood, calm the other person down, and go to bed that night still breathing? I called my mom. I talked to a real human being and she did her damnedest to stay chill and talk me through my panic. Bless her.

I'm still here today because of actual people. Not a #preventsuicide or a #itgetsbetter.

The takeaway: Suicide Prevention media campaigns don't work, 'virtue signaling' posts to those of us who struggle are more harmful than helpful, and real human connection coupled with comprehensive mental health treatment will always trump an impersonal hotline. 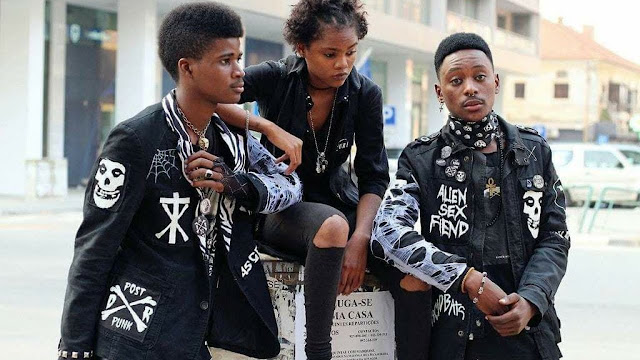 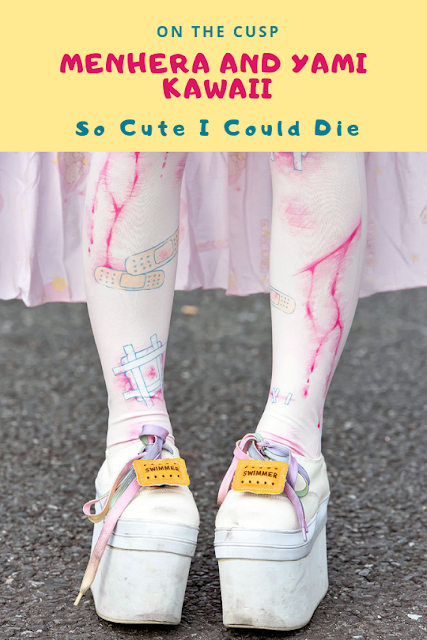 Menhera and Yami Kawaii - So Cute I Could Die

Mykki
Seattle, Washington
Hello, I am a writer, blogger, and editor based in Seattle! (they/them)

Find Me on Social Media!